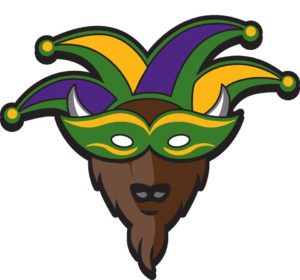 The Big Easy in Buffalo is a not for profit organization that brings New Orleans and Louisiana music and culture to the Western New York region several times a year for live performance, as well as music education and professional development for local musicians, students, and the community.

Since 2007 The Big Easy in Buffalo has showcased all genres Louisiana music to the area: trad jazz, funk, zydeco, rock, blues, roots, modern jazz, brass band, Cajun, R&B, and more.  We’ve brought in legendary names like Preservation Hall Jazz Band, Ellis Marsalis, Aaron Neville and Dr. John; as well as those at the beginning of their national careers like Trombone Shorty (at the time of his first national cd release) and Pine Leaf Boys (on their first national tour).  Buffalo stages have been graced by artists as diverse as a Mardi Gras Indian Big Chief and “New Orleans’ premier guitar-washboard-sousaphone trio”.

Through The Big Easy in Buffalo thousands of students, dozens of local bands, and countless audience members in Western New York have been exposed to this unique American culture.

The Big Easy in Buffalo was founded by Tod A. Kniazuk under the leadership of the Niagara Erie Regional Coalition and the Visit Buffalo Niagara Foundation, through a grant from the New York State Music Fund, for an initial series in 2007-08.  Music is Art continued the program until 2013, when it was brought to Arts Services Initiative of WNY before becoming its own 501c3 not for profit organization in late 2018. The Big Easy in Buffalo would like to thank the Regional Coalition, VBN Foundation, Music is Art, and ASI for their support and dedication to this program.  The Big Easy in Buffalo is one of less than 10% of all programs funded by the NYS Music Fund that is still in existence.