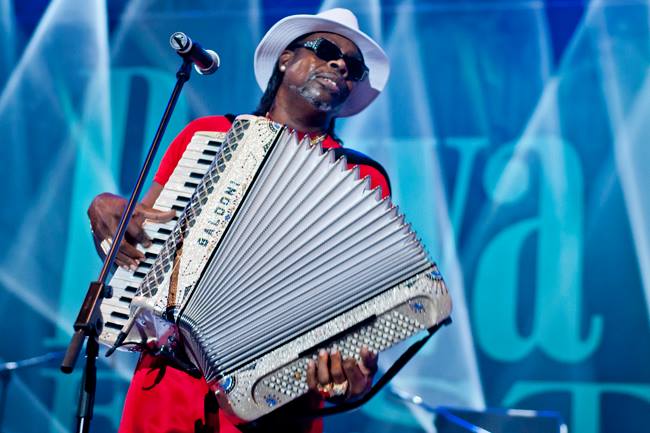 C.J. Chenier, a Creole born and raised in an indigenous American culture with its distinct language, cuisine and music, delivers a soulful vocal and accordion! Chenier, a GRAMMY® nominated world renowned musician and recording artist, has performed alongside many internationally recognized artists including his GRAMMY® awarded father, Clifton Chenier “The King of Zydeco”, Paul Simon, Joe Sample and Ray Parker, Jr., The Gin Blossoms, and John Mayall. He has appeared on the Jon Stewart Show, CNN and was featured on VH1 and Entertainment Weekly.

The Big Easy in Buffalo is sponsored by a grant from the New York State Council on the Arts with the support of Governor Andrew Cuomo and the New York State Legislature and administered by Arts Services Initiative of WNY, Inc., and the Buffalo Grand Hotel.