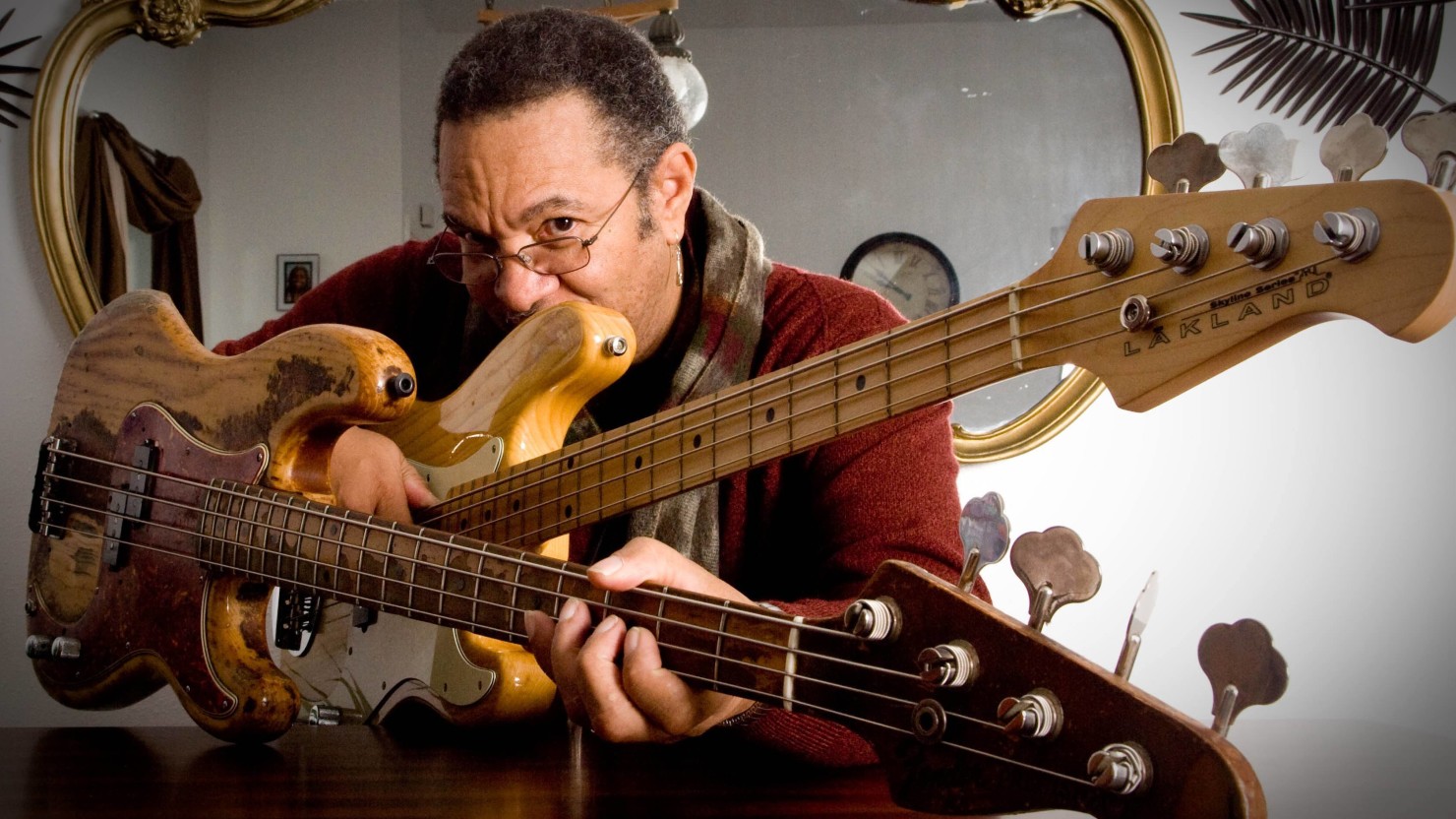 About George Porter Jr:
George Porter, Jr. is best known as the bassist of The Meters, along with Art Neville, Leo Nocentelli and Joseph Zigaboo Modeliste. The group was formed in the mid 60’s and came to be recognized as one of the progenitors of funk then called R&B. The Meters disbanded in 1977, but reformed in 1989. Today the original group still plays the occasional reunions but the Funky Meters, of which Porter and Neville are still members, most prominently keeps the spirit alive.

Few bass players in the history of modern New Orleans music are as storied as George Porter Jr. During the course of a career spanning more then four decades, Porter has not only made a deep impression with his work in the Meters, but he’s notched session work with artists as diverse as Paul McCartney, Jimmy Buffett, David Byrne, Patti LaBelle, Robbie Robertson, Tori Amos, Taj Mahal, Ryan Montbleau and live performances with Mickey Hart, Bill Kreutzmann, Warren Haynes, John Scofield, Steve Kimock, Eric Krasno (and including recent studio releases with Warren Haynes and Bill Kreutzmann) just to name a few.

Early in his career, Porter worked with seminal New Orleans artists like Allen Toussaint, Earl King, Lee Dorsey, and Johnny Adams, Irma Thomas, The Lastie Brothers — again to only name a few.
Porter is also the band leader of his own unique long term project the Runnin’ Pardners, well respected not only as a quintessential New Orleans band, the touring band continues to receive accolades on the jam band and festival scene. He has assembled some seasoned and talented musicians to join him on this project. Familiar Pardners – Brint Anderson (guitar) and, Michael Lemmler (keyboards) and rising stars on the New Orleans music scene Khris Royal (saxophone) and Terrence Houston (drums). George Porter Jr. plans to keep a smile on his face.” I feel like I am working towards something that will be remembered.”

Porter has proven to be capable of the ultimate fusion of rock, funk and R&B, and has gained recognition as one of the industry’s elite bass players. He continues to be not only an in demand performing artist but an accomplished studio musician and producer.