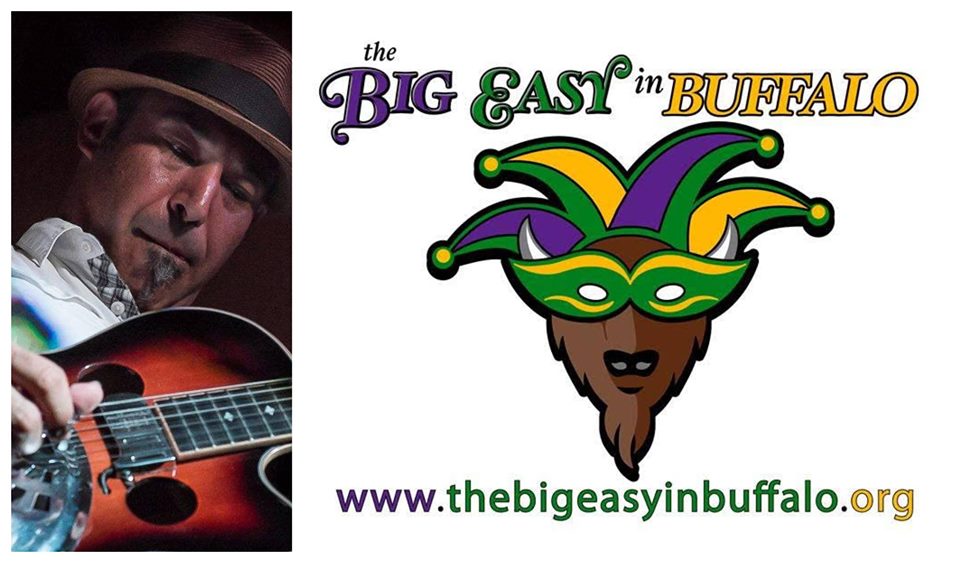 Join Flying Bison Brewing Company and The Big Easy in Buffalo for an some New Orleans music and fun during Food Truck Tuesday. This family friendly event is free and open to the public.

Marc Stone, a solo singer/guitarist from New Orleans, will be in the Flying Bison taproom bringing the blues, funk and soul.

ABOUT The Big Easy in Buffalo: The Big Easy in Buffalo is a not for profit organization that brings New Orleans and Louisiana music and culture to the Western New York region several times a year for live performance, as well as music education and professional development for local musicians, students, and the community.

ABOUT MARC STONE: New York born, New Orleans trained Roots and Blues slide guitarist, songwriter and vocalist Marc Stone worked his way up from the streets of the French Quarter and the feet of the masters to become a prominent presence on the Crescent City scene. His energized performances with his band, solo/acoustic or with his over-the-top all-star projects, are a staple at clubs and festivals in New Orleans and have brought him to over 20 countries worldwide. Stone’s extensive song book criss-crosses the highways and side roads of American music, while his originals cut their own path with a unique, fiery blend of Roots styles informed by two decades of backing icons and architects of Rock & Roll, New Orleans Rhythm & Blues, Funk, Soul and Zydeco.

This event is a part of Pints for Non-Profits, a program of Flying Bison Brewing Company, highlighting and supporting WNY non-profits. For more information, email parrishvgibbons@gmail.com.