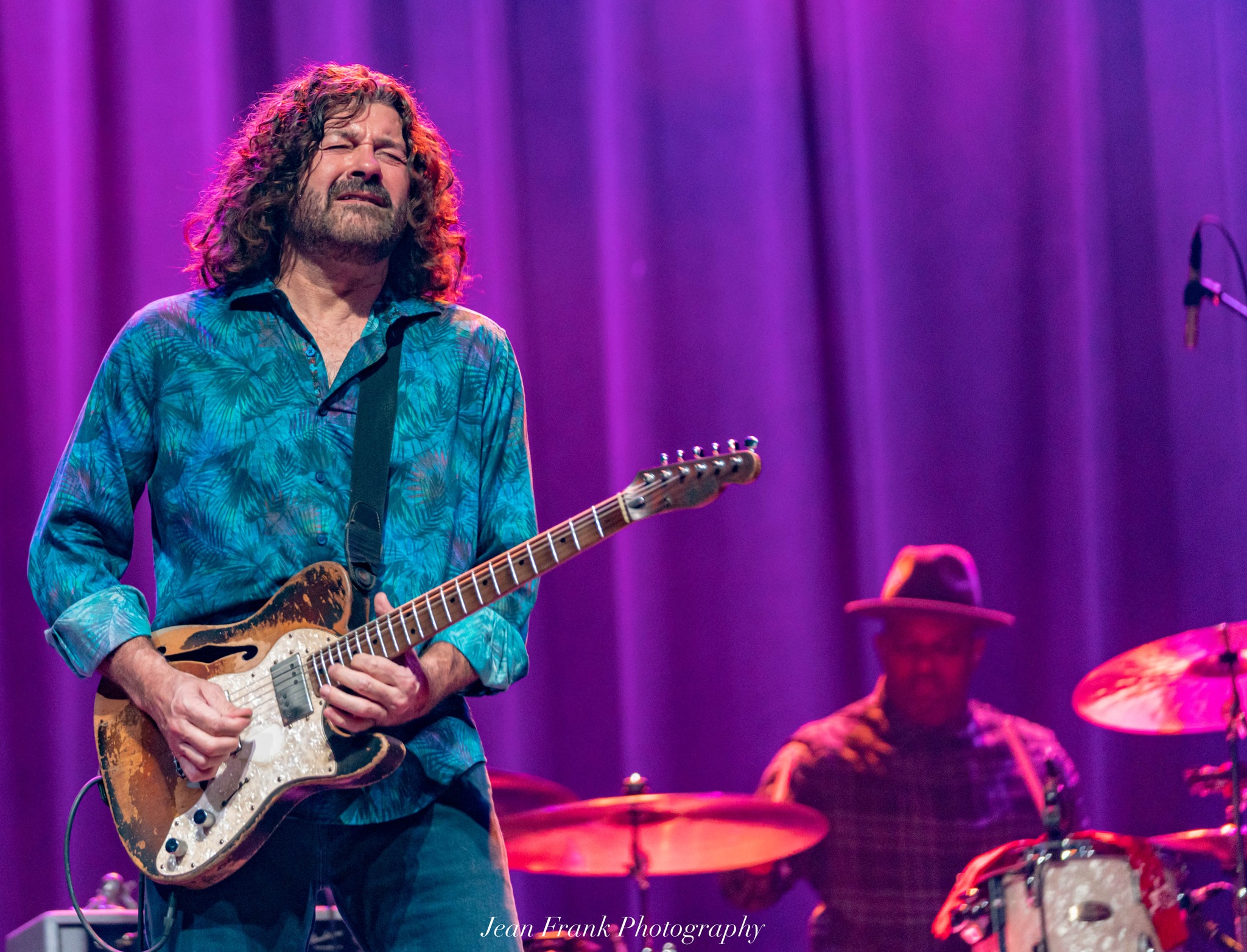 This show is both seated reserved and general admission standing, so if you want a seat get your tickets right away – they will sell out!
Ticket Options:
$34.50 – GA Standing
$49.50 Per Seat – Table for 4 ($198 Total)
$49.50 Per Seat – Table for 2 ($99 Total)
$55.00 Per Seat – VIP Balcony Standing table for 4 ($220 Total)
$59.50 VIP Seating 1st Row
$59.50 VIP Seating 2nd Row
$65.00 Per Seat – VIP Balcony Rail Table for 2 ($130 Total)
$65.00 Per Seat – VIP Balcony Booth for 2 ($130 Total)
$65.00 Per Seat – VIP Balcony Booth for 4 ($260 Total)
BALCONY Includes a PRIVATE CASH BAR and BATHROOMS. Tables are a package deal only.
Tab Benoit is a Grammy nominated singer, songwriter and guitarist who has built a remarkable 30+ year career on the foundation of his gritty and soulful Delta swamp blues, acquiring a devoted legion of fans along the way, as well as 5 Blues Music Awards, including BB King Entertainer of the Year (twice) and an induction into The Louisiana Music Hall of Fame.
He has recorded and/or performed with Junior Wells, George Porter Jr, Dr. John, Willie Nelson, Big Chief Monk Boudreaux, Billy Joe Shaver, Maria Muldaur, James Cotton, Cyril Neville, Kenny Aronoff, Allen Toussaint, Kim Wilson, Jimmy Thackery, Charlie Musslewhite, Kenny Neal, Chris Layton, Ivan Neville, Jimmy Hall, Jim Lauderdale, Anders Osborne, and Alvin Youngblood Hart to name a few.
Tab’s accomplishments as a musician are matched only by his devotion to the environmental health of his native Louisiana wetlands. Benoit is the founder and driving force behind Voice of the Wetlands, an organization working to preserve the coastal waters of his home state. In 2010, he received the Governor’s Award for Conservationist of the Year from the Louisiana Wildlife Federation. Benoit also starred in the iMax motion picture Hurricane on the Bayou, a documentary of Hurricane Katrina’s effects and a call to protect and restore the wetlands.
Since 2007 The Big Easy in Buffalo has brought New Orleans and Louisiana music and culture to the Western New York region several times a year for free and low cost live performance, as well as music education and mentoring for local musicians, students, and the community. Through The Big Easy in Buffalo thousands of students, dozens of local bands, and countless audience members in Western New York have been exposed to this unique American culture.
The Big Easy in Buffalo is made possible in part by the New York State Council on the Arts with the support of Governor Hochul and the NYS Legislature, Erie County,